Why It Is Important to Start With High Quality Healthy Livestock

I am entering my eighth or ninth year in the hobby, like many, when I first started I was always searching out who had the best deals. I would ask who has the best price on crystal red shrimp, thinking there was not much difference in quality and health between suppliers and breeders. I quickly realized there could be a HUGE difference. I would often get asked by fellow hobbyists, Why are his homebred shrimp so much more expensive than the “same” ones from this importer? I would answer, his homebred shrimp, if you order 20 for $200 after 3 months in a healthy tank you will still have 19-20 shrimp and probably some babies, or you can order 20 for $120 from the importer, and will be lucky to have 10 alive in 3 months. To me it makes sense to pay more up front for quality healthy shrimp. Not only from a financial standpoint, but for the quality of livestock, and the ability to get your colony up and breeding faster, so you can then turn around and sell the offspring and pay for your hobby, and accumulate more shrimp. This blog is not intended to push amateur shrimp keepers into spending more money, its meant for the casual to advanced hobbyist that has shown the ability to keep shrimp, and has aspirations to grow large successful colonies of higher priced shrimp, and possibly enter those shrimp in a contest at some point.

In a presentation I was asked to give over the summer, I was asked to touch on the homebred vs. imported aspect of our hobby. I thought hard about how to approach this topic because often in our hobby there is the thinking that homebred is always healthy/higher quality, Imported always unhealthy/lower quality. As someone who has bought a lot of both imported and homebred shrimp over the last 8 years I have seen both be true, and untrue. I have received some poor quality sickly home bred shrimp, and I have received some very nice quality healthy imported shrimp I think its important first to split it into imported Neocaridina and imported Caridina. There are major differences between the health and quality of the two.

First, Neocaridinas, The current state of Neocaridina imports into the USA by most exporters is lacking any real care or concern for the end customer. Not only are the shrimp often sick with Ellabiopsidae, Scuttarelia or Vorticella, They are stressed beyond belief being packed 100+ per bag. Often living in ammonia filled water for 48+ hours, and to top it off they ship full grown adults, almost exclusively females. Even if they were perfectly healthy you have no expectation of enjoying them for a long time as they are probably 2/3 of the way through their expected lifespan. In my opinion, this is not the logical way to start a healthy high quality colony of shrimp. It can be a shortcut if you get some berried females in your shipment, but at what cost? We are now seeing reports of Ellabiopsidae, the green protozoan that attaches to the underside of shrimp, laying dormant for months before appearing. So you get lucky and get some berried females in your order. You spend 4 months raising the shrimp, putting in a lot of time and money feeding and testing and cleaning, and all of a sudden you see Ellabiopsidae in the tank. You have just wasted 4 months of resources growing a colony that you will most likely have to destroy.

I believe when it comes to imported Caridina, the major concern is the quality of the shrimp. Some imported caridina are unhealthy upon arrival, sometimes sitting in pre packed bags for days before shipping, or another lesser know reason for being unhealthy is the exporter collecting the shrimp from multiple sources over a few days to fill the order. The process of collecting the shrimp from multiple smaller farms is a very stressful experience for the shrimp. For example an exporter gets an order for 4000 Wine red Taiwan bees. The exporter only has 500 on hand, so they hit up smaller farms to fill the order. Pulling 1000 from one person, 500 from another and so on until they get to 4000. These shrimp all come from different water parameters and different bacterias that they are used to and bring with them. They are then mixed with the other shrimp into the likely different water parameters of the exporter, then re bagged and shipped. This method not only hurts the health of the shrimp, but it also lowers the quality of shrimp. Often to maintain high profits they go to the other breeders and request their cheapest shrimp. Which business wise is expected, but ultimately hurts the end customer by receiving a lower quality less healthy shrimp. Dishonest breeders will also use these opportunities to pawn off their project tank culls that have the appearance of a certain shrimp. But the genotype is very muddied. Another problem in my opinion is the USA importer wanting the lowest quality and lowest priced shrimp. On price lists exporters send to potential customers, for most shrimp there are multiple levels of quality you can order A/s, S, SS ,SSS. A/S being the lowest, SSS being the highest. Most importers choose the lowest grades because they have the highest profit margin, and most customers in the USA look at price, not quality. This can be viewed by watching shrimp groups and tracking how many people ask “Who has the cheapest shrimp” compared to “ Who has the highest quality shrimp?” its about 25 to 1. 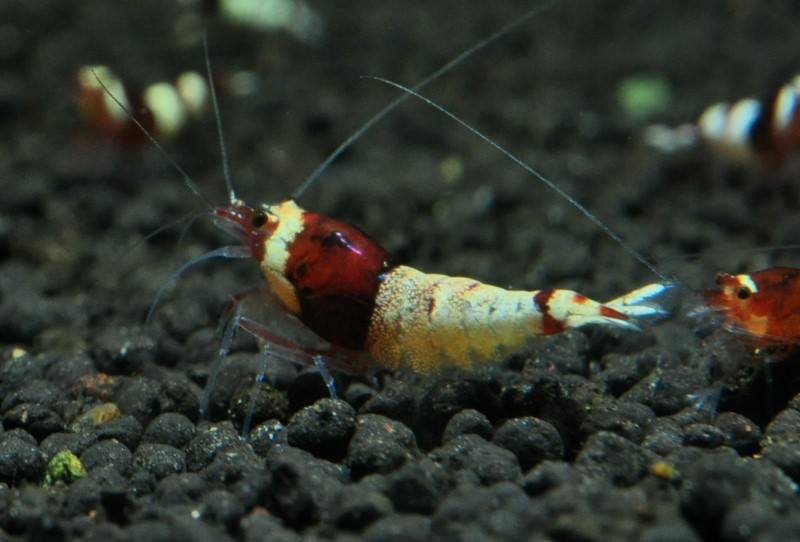 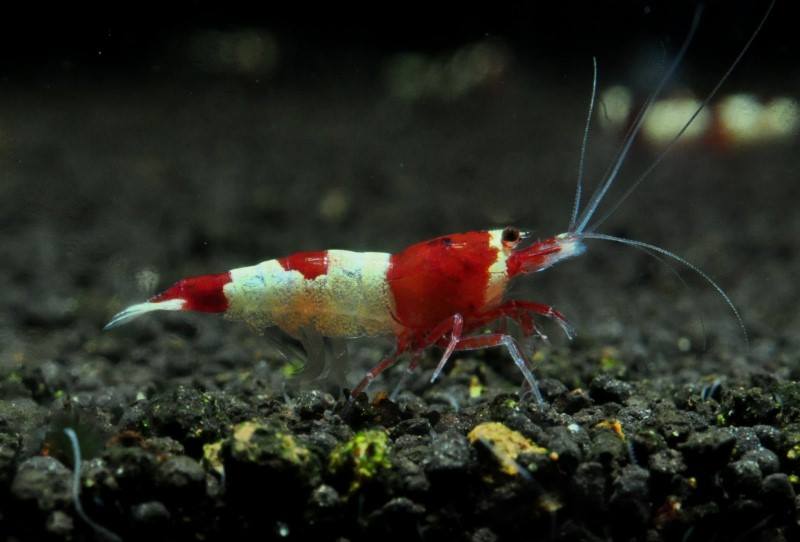 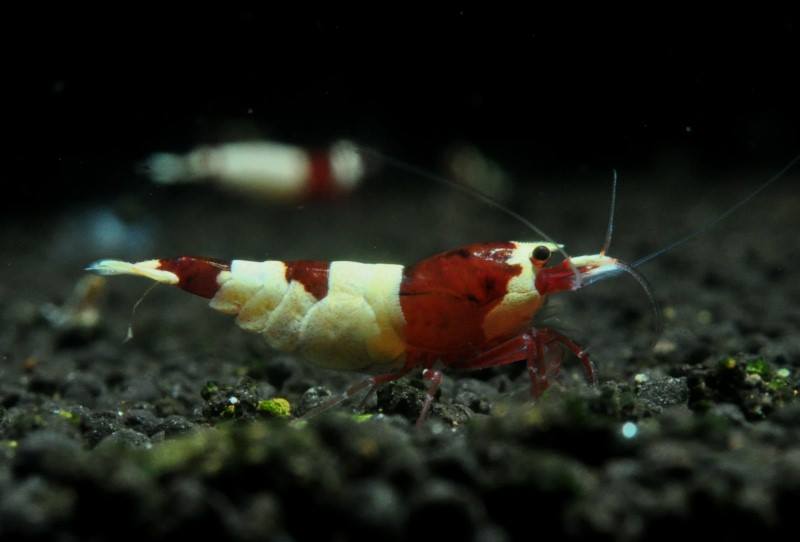 The highest quality Taiwan Bee in the three above pictures, is the bottom one.  The top 2 pictures are A/S quality, even S for some breeders with lower standards.  You can tell this by the thin patchy color on the shell and the areas where the colors appear to bleed into each other.  The bottom picture is SS/SSS quality.  Crisp clean lines where the white ends and the red begins, as well as " thickness" of the colors.. no patchy colors.  The solid red legs also make this a clearly higher quality shrimp.

I believe there are numerous reasons why shrimp breeders should always choose the best quality shrimp they can afford. Here are a few that jump out at me.